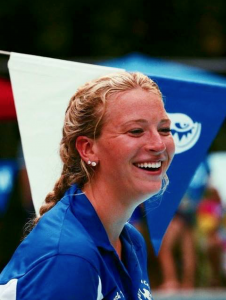 Nicole is a senior English major with a writing concentration at Gettysburg College. She works as both a contributing author and as a member of the production team for Women in Read. Outside of her literary endeavors on Gettysburg’s campus, she is the captain of the women’s swim team and a member of Chi Omega fraternity. Through writing for Women in Read, she enjoys deeply exploring different topics on empowering women, with her fabulous team of young women writers. 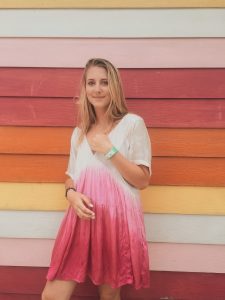 Elisabeth is an English with a Writing Concentration major and Business minor at Gettysburg College. As a part of Women in Read, Elisabeth works on the production team and as is a contributing author. Aside for her literarily-centered passions, she is actively involved on the Gettysburg campus. She is an avid runner on the Cross Country and Track teams and a proud member of the Delta Gamma fraternity where she is the Vice President of Foundations. Elisabeth finds that writing for Women in Read allows her to relate texts that interest her to the current social climate, all while working with a vibrant group of young, intelligent women. 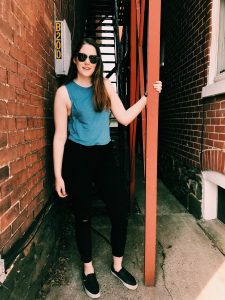 Colleen is a junior with a major in English with a Writing Concentration and a minor in Business. As a part of Women in Read, Colleen is a contributing editor and a part of the Production Team. On campus, she serves as the President of Sigma Sigma Sigma Sorority and is a member of the Alpha Phi Omega Service Fraternity. Colleen has always had a passion for writing, and she is excited to be a part of this strong group of women leaders who share that same passion. 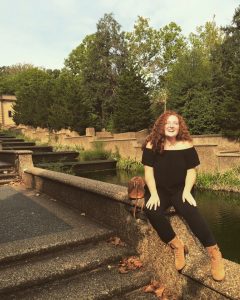 Morgan is a senior Biology major at Gettysburg College, but, to her parents’ frustration, her true passion lies in writing (and reading, by consequence). As a part of Women in Read, she works as a contributing author and as a part of the editorial team. She serves as Lead Copy-editor for the school newspaper, The Gettysburgian, where she has developed and refined her borderline-obsessive grammar geekiness. Beyond clean writing, she hopes to highlight the wonders and failings of the current literary and artistic worlds with a flare of sarcastic humor and a touch of despair. She is thrilled to be a part of such a dynamic group of students creating a space for young women’s voices to reflect on the world of art and literature. Morgan has had distaste for the patriarchy since before she was old enough to utter her first word—“Dada,” ironically enough—and is confident that the next generation of writers will ensure that children are growing up in a world that celebrates the beautiful language of all identities. In her final year of college, she has decided to spend her post-grad life pursuing avenues for social change that lift the voices of the oppressed and hopefully afford her the comforts of a studio apartment hospitable for dogs. 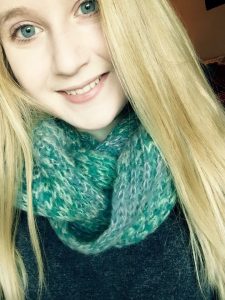 enna Seyer is a junior English major with a Writing Concentration at Gettysburg College, graduating in Spring of 2019. She has worked as a Writing Tutor for three years at the college, and she is an Assistant Editor at Ecophiles Media, an online magazine about eco-conscious travel and living, where she was previously an Editorial Intern. For her, it has been a pleasure working with eight other empowering women to create this literary magazine. Women in Read will serve as a platform for women readers and writers for years to come. 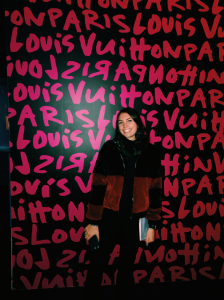 Anne is a senior English Major with a Concentration in Writing at Gettysburg College. As a part of Women in Read, Anne works as a contributing author and as part of the editorial team. Aside from her strong passion for reading and writing, Anne is actively involved on the Gettysburg campus, serving proudly as Administrative Vice President of Gamma Phi Beta. Anne is grateful that she can be part of such a special literary review with students who care about similar women’s issues. It is rare, as women, that we can have a space to voice our opinions on social issues, as well as reflect on the world of art and literature. In her final year, Anne hopes to pursue a career in fashion or publishing, something that can combine all of her passions! 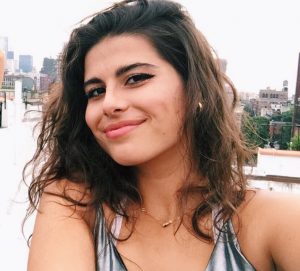 Nicole is a student of Gettysburg College majoring in English with a Writing Minor. She is a frequent contributer, and a member of the Art production team of Women in Read. 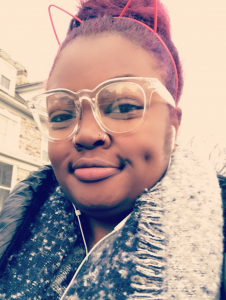 “Black, Bold, and Beautiful. Simply put, I strive to look outside the book, and go against the grain.”  —Kim Brown.

Kim is a senior at Gettysburg College, studying English. She is part of the art team and is a contributing writer for  Women in Read. She enjoys reading as much as writing. 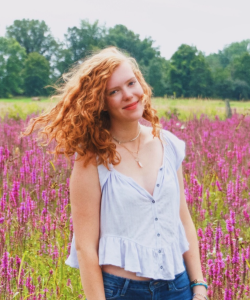 Caleigh is a sophomore at Gettysburg College, where she is majoring in English and double-minoring in Writing and Business. She has been writing since before she could talk, and has utilized her passion to become the editor in chief of her high school’s literary magazine, a general fiction editor of Gettysburg College’s Mercury magazine, and a contributor to Women In Read. Caleigh fond of any literature, but has a soft spot for E.E Cumming’s poetry and Jandy Nelson’s prose. She probably likes these authors because they tend to eschew traditional grammar rules, but don’t get her wrong – she’s very selective about when a semicolon is misplaced. When she isn’t having animated discussions with the Women In Read team, she is finding beautiful images to accompany their articles, tutoring folks in the writing center in misused commas, or planning slightly ridiculous sisterhood events (think giant gingerbread house making) for her sorority.